(The following is an edited excerpt from Warp, Weft & Weave: A Life Collecting and Investing in Handmade Oriental Rugs by Sam Ramazani)

Hello again, and thank you for joining me as we finish up the discussion on the four authentic handmade rug countries. While there are many countries that make rugs, to my mind there are only four that produce rugs of a caliber that make them collectible. Today we’ll cover the last two countries.

Rugs made in Afghanistan are tribal in style and design, reflecting the nomadic life of the people there. This is also an overwhelmingly muslim country, with the rug patterns adhering to the principles of geometric decoration only, rather than allowing people or animals to be depicted. The rugs are predominantly red, black and ivory, and will sometimes include greens.

As many of these weavings are done for use in a nomadic life, there is quite a variety in the kinds of woven pieces one can find from this area, aside from rugs. These include bags, saddle decorations, elaborate “door surrounds” that would decorate the opening of a tent, and smaller “rugs” that are not intended for the floor, but rather to hang over a tent opening or on a wall, both for beautification and insulation. And of course, prayer rugs. The rugs of this area tend to be densely woven, heavy and very sturdy.

This type of rug is common amongst Afghan rugs. They often feature the gul pattern, which is also known by the charming name “elephant’s foot.” This motif is usually done in a row pattern, and can have multiple borders which will also sometimes contain a gul.

These rugs are tribal/nomadic and are often prayer rugs. They tend to be darker in color, often reds, and though they are tribal, can feature some very fine and exquisite detailed weaving. These rugs are usually smaller in size and because of their scarcity, can be costly. Authentic Balouch also sometimes will have a mix of camel hair in the weave, and goat hair in the weft.

Turkish Oriental rugs were among some of the first to be exported to the west, and consequently, some of the most cherished rugs in Europe and the US. Turkey historically is a strict Muslim country and as such, features stylized decoration and patterns as accurate depictions of thing from the natural world, whether people, plants or animals, is forbidden.

It’s believed that Bergama rugs have been made since the 11th century. These rugs can be geometric or curvalinear in pattern, are generally made of wool pile and are usually rather roughly woven. Their patterns, however, are often complex and quite beautiful, making them just as stunning as rugs with a high knot count.

One of the better-known styles of rug, the Hereke rugs feature fine curvilinear patterns in the highest tradition of Oriental rugs. Hereke is also known for making larger rugs, and at one time were the exclusive choice of emperors. While many of Turkey’s rug designs are less sophisticated than other areas, Hereke rugs are particularly valued for the fineness of their design.

These rugs are currently highly prized in the west because they are made larger than many other Oriental rugs and are woven in light and pastel colors.

These are just a sampling of the multitude of choices you will have when you step into the world of handmade rugs. It’s my intention to get you started here, not limit your possibilities. Find your style, your taste, your niche – whatever sets your curiosity on fire. 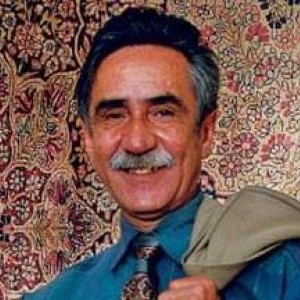 PrevPreviousAvanti Talk About Avanti with Dr. Sean Maguire
NextAmerican Classics Car Club, Having Fun While Helping Others with Terry LangfordNext